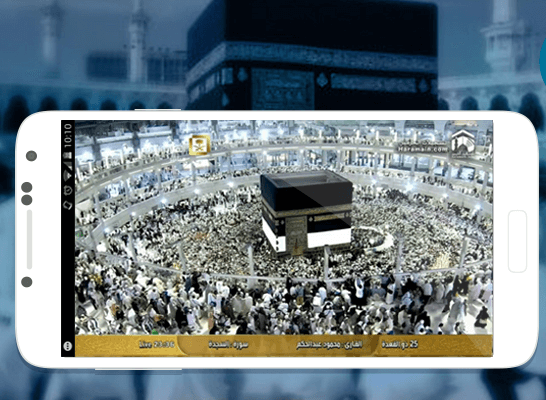 If you have been to Hajj and Umrah, you must have noticed the nuisance that it causes by the pilgrims’ act of taking selfies during tawaf and even otherwise. This has been proven to cause distraction and disturbance for pilgrims, who are busy praying or doing Tawaf. The same is experienced during Safa and Marwa rounds. While some can argue that it is their once in a lifetime (for many) memories they are capturing, the basic cause of nuisance for others is not something anyone can reason about.

Although there have been many fatwas against the practice and it has been labeled as ‘touristy behavior’ in the past. People have been observed making poses of dua while others take pictures. Group photos in front of Kaaba or the Prophet SAW’s dome are also common.

The MARA or ministry of Awqaf and Religious Affairs has asked pilgrims coming to Makkah and Medinah for Hajj or Umrah, since December last year, to refrain from photography in the haramain. The announcement clearly said: “We call on citizens, residents, and agencies organizing hajj and umrah to be aware that photography is not permitted within the precincts of the two holy mosques. Authorities in Saudi Arabia have ordered for the confiscation of photographic material and cameras if anyone is found violating the guidelines.”

Jeddah-based scholar Sheikh Assim Al-Hakeem has warned: “Photography without a legitimate reason is an issue of dispute among scholars. However, despite this difference of opinion, there shouldn’t be any dispute when it comes to the real meaning of Haj and the essence behind it. It is based on sincerity and following the sunnah. The Prophet (peace be upon him) when he went for Haj, he said: O Allah, I ask of you a pilgrimage that contains no boasting or showing of. Taking such selfies and videos defy the wish of our Prophet.”

Famous scholar Sheikh Abdul Razzaq Al-Badr was also of the same view: “When the Prophet (peace be upon him) reached the Miqaat he would say: ‘0 Allah make this a Haj without riya (showing off) and without trying to be heard of.’ This supplication is said at the Miqaat. And after making this supplication it is followed by action and striving against the soul. But now at the Miqaat many of the people are taking pictures as mementos. They take pictures on Tawaf, and Arafat, and while throwing at the Jamarat.”

“It is as though the only purpose of this trip is to take pictures and not worship. And when they return home they say: ‘Come look at me, this is me on Arafat, this is me in Muzdalifah! And we have seen some of the people when they are ready to take the picture they raise their hands in the appearance of humility, fear, and tranquility. And then after the picture is snapped they drop their hands, he said.

The ministry has out of maybe concern, not implemented the ban fully yet, and with the growing use of cell phones, it looks highly unlikely as well. However, as pilgrims, we should try and avoid this practice for better serenity in Ibadah.