Hajj and its Obligations 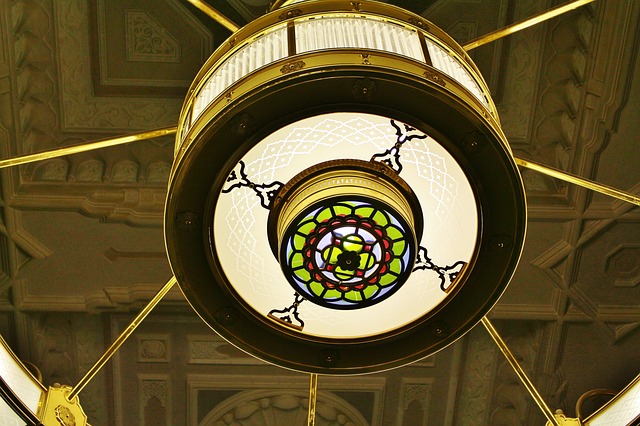 Hajj in Arabic literally means “a resolve”. As a term in the light of the Islamic tradition, Hajj is a name given to the rites that are performed after entering into the state of Ihram with the Niyyah (intention) of Hajj.

These acts include Fard (necessary duty), Tawaf (circumambulation of Kaaba or cuboid), Wuquf (stay) at Arafat, and Wajibat (obligatory actions) that are performed in a specific order at certain times.

Hajj, as a ritual, tests the resolve and patience of the pilgrims. The Prophet said (R.A.W): “To endure hardship in Hajj is like enduring hardship in Jihad (fighting for the cause of Allah). Therefore, he who patiently bears hardships and difficulties will have a great recompense in the hereafter, his efforts will not go unrewarded (Ittihaf).”

Hajj is Fard (a necessary duty) on every Muslim who’s reached the age of puberty and has the financial means to perform it. The person who performs Hajj gets Thawab (recompense) for it, and he who doesn’t perform Hajj (in spite of means) is a Fasiq (a sinner); such a person will be punished in the hereafter; he who denies that it’s a Fard becomes a Kafir (an infidel).

It’s narrated by Ali (R.A) that the Prophet (S.A.W) said: “A person who has the provision for Hajj and has the conveyance that can take him to Baitullah (the House of Allah) and even then he does not perform Hajj, it makes no difference whether he dies a Jew or a Christian and this is because Allah says that Hajj of Baitullah is Fard on those who have the means to do so (Tirmidhi).”

Those who don’t perform Hajj should be reprimanded whilst those who perform it without the knowledge of Arkan (ordinances of Shari’ah) should be treated in a similar manner.

It is narrated by Abu Hurayrah (R.A) that the Prophet (S.A.W) said: “The person who performed Hajj just to please Allah and abstained from lustful acts, wickedness, and sins of all sorts, shall return from it pure and sinless as he was at the time of his birth.”

“Al-Hajjul Mabrur” is the much favored Hajj during which the pilgrim doesn’t commit any sin or do anything that’s forbidden in the state of Ihram. Some scholars are of the opinion that “Al-Hajjul Mabrur” is another name for the Hajj that’s “Maqbul” (accepted and approved by God).

Hajj is a religious obligation upon a Muslim only once in his lifetime, provided that he’s got the means to perform it: that is, after paying his debts (including Mahr or dowry); he’s got enough money for the pilgrimage to Makkah and back home; he’s in possession of enough money so that his family is able to sustain itself in his absence.

Hajj is not Fard on a woman who doesn’t have an independent income or saved money to perform Hajj; however, Hajj is fard on the woman who has jewelry that she can sell to meet her own expenses and those of her mahram.

If her husband has enough wealth to take his wife along with him, then he can pay for her expenses.

A Hadith says: “Hasten to perform Hajj, for who knows about the future. You may fall ill or may be forced by some need to forgo Hajj”.

Another Hadith says: “Hajj has precedence over Nikah (to get married) (Kunz, Fadail-e-Hajj).”

It’s wrongly assumed that Hajj is Fard on an individual who has performed Umrah. Hajj isn’t Fard on a person who doesn’t possess the wealth and means to perform it, even if he’s performed Umrah in the month of Hajj.

Description: A three to five-day pilgrimage that involves several rituals in honor of the Prophet (S.A.W), and events pertaining to him and his ancestor, Abraham (Ibrahim) (R.A).

Key Participants: Nearly three million Muslims from all over the world.

Start Date: the 8th day of the lunar month of Dhul-Hijjah (the Gregorian date changes every year).

Location: Mecca and several nearby locations.

There are three duties of Hajj:

The first duty is to enter the state of Ihram, which includes to form Niyyah (intention), for performing Hajj, and to recite Talbiyah (Labbaik in full).

Second is Wuquf at Arafat: stay at Arafat, even if for a moment, from after Zawal (the time after mid-day) of 9th Dhul Hajjah to the dawn for 10th Dhul Hijjah. This is the Rukn (pillar or indispensable part) of Hajj. It’s Sunnah to begin Waquf immediately after Zawal.

Third, Tawaf uz Ziyarah: it can be performed at any time from the morning of 10th Dhul Hijjah till the sunset of 12th Dhul Hijjah, after the ritual shaving. This is also a Rukn of Hajj.

It’s obligatory to perform all of these rites in the prescribed order at specific times and places. If any of these are missed, Hajj won’t be properly completed.

There are six Wajibat of Hajj. If any of these are left out, intentionally or unintentionally, it doesn’t make the Hajj invalid; however, Jaza (reparation) becomes due for omission in form of Qurbani (animal sacrifice) or Sadaqah (giving food or corn as alms to the poor in a fixed quantity).

The six Wajibat are as follows:

Sa’ey (traversing seven times) between Safa and Marwah: It’s Makruh (reprehensible) to delay this rite till after the days prescribed for Wurbani; however, no Jaza is due if it’s delayed.

Qurbani (animal sacrifice): to offer a sacrifice that’s due on Qarin or a Mutamatti.

Ritual Shaving: to have the head shaved off completely or the hair cut short.