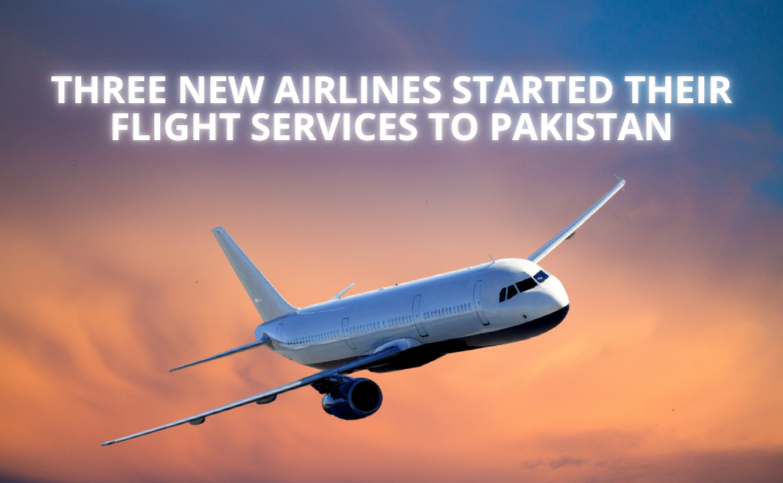 Many airlines are providing their flight service to Pakistan. But many around the world have still not have chosen our country as a destination. Airlines from Asia, gulf, Europe, and from all over the world are operational for our country. Here are the names of airlines who are already landing in different cities of Pakistan.

Now the good news is that recently three more international airlines have started their flights to Pakistan. These are the world’s most famous and first-line airlines. The time is to reveal the names of these world’s top airlines is here.

All of these three airlines started their flights to Pakistan this year. They are announcing their destinations they cover these days. Airlines are covering almost every big city in Pakistan. Ow, the travellers will have more choice to choose in which airline they meant to travel. This will help the issue of unavailability of flights in busy days of the year. In holidays or when the days of festivals come travellers often face this problem due to the shortage of air tickets and flights. Now they will have more choice and ease to travel!

British Airways have recently started their flights from Lahore to London, Canada, and the United States. Also, they will fly from the capital of Pakistan Islamabad to London, Canada, and the United States. British Airways also have announced that they will be flying direct from Lahore to London Heath row. The airline will offer service to Lahore from its hub in London four days a week.

Pegasus Airways is providing a large number of options for destinations where they fly from Pakistan. Pegasus Airlines will connect guests from its destinations in Manchester, London, Zurich, Paris, Amsterdam, Copenhagen, Dusseldorf, Hamburg, Stockholm, Frankfurt, Berlin, Vienna, Rome, Cologne, Brussels, Ky-iv, Bucharest, Kharkiv, Moscow, Stuttgart, Geneva, Barcelona, Marseilles, Zaporizhia, and Prague, to Karachi via Istanbul Sabiha Gokcen. Pegasus has started a new service from Lahore that will connect two of Pakistan’s biggest cities with London, and offer seamless transfer options to Manchester, the United States, and Canada. Pegasus Airlines has become Turkey’s first and leading low-cost airline and one of the region’s aviation forerunners with a flourishing system across Europe, Russia, and the Caucasus, the Middle East, North Africa, and Asia.

Millions of Pakistanis live abroad and often travel back to Pakistan or their relatives do visit them. Travelers who travel frequently know how many problems they face at the time of finding tickets and right flight bookings. Finding a direct flight to your destinations is a blessing. We hope that after introducing international flights by these three airlines traveling will become easier for you. It’s positive news for our country that the three best international airlines have started their flight service in Pakistan. This will encourage other countries and airlines to start their service.